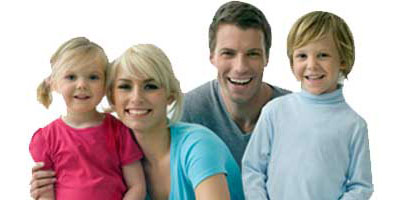 Schedule Online & Save 15%
Schedule Service Family Owned since 1945
Our family serving yours now for 4 GENERATIONS! 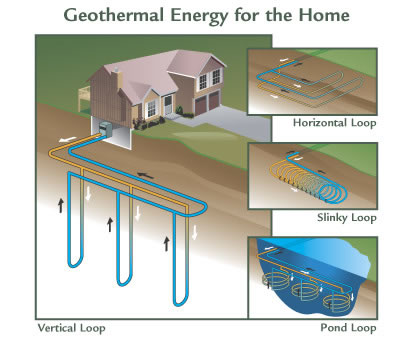 Not Two, but One! One Highly Efficient, Combined Home Heating & Cooling System.

Geothermal heat pumps are similar to ordinary heat pumps, but instead of using heat found in outside air, they rely on the stable, even heat of the earth to provide heating, air conditioning and, in most cases, hot water.

From Montana's minus 70 degree temperature, to the highest temperature ever recorded in the U.S. - 134 degrees in Death Valley, California, in 1913 - many parts of the country experience seasonal temperature extremes. A few feet below the earth's surface, however, the ground remains at a relatively constant temperature. Although the temperatures vary according to latitude, at six feet underground, temperatures range from 45 degrees to 75 degrees Fahrenheit.

Ever been inside a cave in the summer? The air underground is a constant, cooler temperature than the air outside. During the winter, that same constant cave temperature is warmer than the air outside. That's the principle behind geothermal heat pumps. In the winter, they move the heat from the earth into your house. In the summer, they pull the heat from your home and discharge it into the ground.

Studies show that approximately 70 percent of the energy used in a geothermal heat pump system is renewable energy from the ground. The earth's constant temperature is what makes geothermal heat pumps one of the most efficient, comfortable, and quiet heating and cooling technologies available today. How much will you save on your energy bill? You can expect to save between 30% and 40%...month after month.

Geothermal heat pumps are durable and require little maintenance. They have fewer mechanical components than other systems, and most of these are underground, sheltered from the weather. The underground piping used in the system is often guaranteed to last 25 to 50 years and is virtually worry-free. The components inside the house are small and easily accessible for maintenance. Warm and cool air are distributed through ductwork, just as in a regular forced-air system.

Since geothermal systems have no outside condensing units like air conditioners, they are also quieter to operate.

Is There a Heat Pump in Your Future?

On top of all the many benefits youâ€™ve just read, you are now also eligible for a 30% government tax credit on an Energy Star certified heat pump system. Unlike other home comfort system tax credits with an upper limit of $1,500, your 30% heat pump tax credit applies to the full purchase price, including installation.